Whilst I can fully understand the reasons behind this legislation at a commercial level, consider this; current legislation requires a flock of over 50 poultry to be registered on the DEFRA Poultry Register, it also requires a flock of over 50 laying birds to be registered with the Egg Marketing Inspectorate if eggs are sold at a local market or beyond. In both instances this is in order to quickly manage potential health risks that large flocks could cause or become involved with, however in both instances flocks of under 50 poultry are not required to be registered and perhaps therefore are not be considered a significant risk or exposure to the human health issues.

Why is it then there is a blanket ban on feeding any kitchen scraps (unless the kitchen is vegan) to any poultry no matter what the flock size? The main thrust of the legislation hinges on the scraps coming into contact with unacceptable forms/levels of animal proteins within that kitchen environment. Looking carefully at the legislation though it is acceptable to take a lorry load of crisps and incorporate them into the diet of a flock of 1000’s of chickens because the source of the crisps (which incidentally could contain low levels of animal protein but not enough to be considered a risk) is regulated unlike my kitchen. However, if I were to take a crisp from a packet in my kitchen and feed it to one of my chickens then that would be in breach of the legislation; my kitchen is not regulated and so the crisp could come into contact with said animal proteins. This example throws up two key points; the first being the quantifiable risk and the second is, I wouldn’t feed my chickens crisps.

Risk is a calculation of ‘probability’ and ‘impact’. If we take the probability of the crisps containing unacceptable levels of animal proteins as being the same in both scenarios, then the impact is massively different. In one instance 1000’s of poultry, and potentially an entire supply chain are exposed, in the other it would be only a small flock and no supply chain; a flock, incidentally that may not be registered anywhere.

The second point the scenarios illustrate may not have devastating consequences but is equally as important. I wouldn’t feed my chickens crisps, in fact its rather alarming to find out just what is deemed as acceptable food stuff simply because the source is considered ‘controlled’ or ‘regulated’. Feeding the wrong stuff to animals in the commercial supply chain contributed significantly to the occurrence of the legislation in the first place and that wasn’t due to backyard keepers but commercial outfits.

Granted there are certain things from the household kitchen that should not be fed to chickens but my argument is that rather than apply a blanket ban that could never be policed at a small flock level and fails to have a scalable impact in its application, why not instead draw that line at the 50 bird mark again but ensure that correct education is given to reduce the probability of the risk occurring. In fact take it one step further and show people how to economically and healthy feed their birds the correct ‘waste’ from their households as a contribution towards improved sustainability.

One size doesn’t fit all and one policy that implies protection of our food chain but yet exposes it to activity at a commercial level that would not be condoned by many a consumer leaves me questioning precisely who came up with it and exactly what it was trying to achieve.

17 Replies to “Feeding Chickens Scraps – a look behind the law” 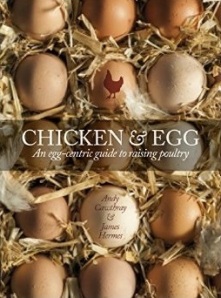